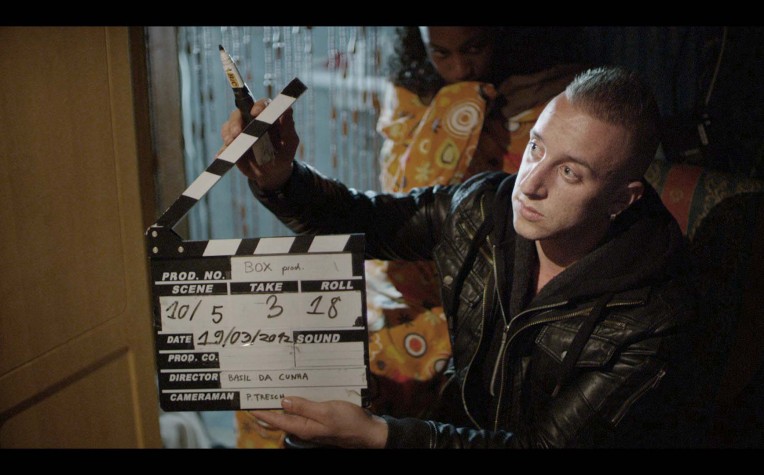 “REALITY ALWAYS HAS TO BE STRONGER THAN CINEMA”

The 29-year-old Swiss-Portuguese filmmaker Basil da Cunha has managed to take an impressive first step into the world of feature films with After the Night, which was unveiled at last year’s Directors’ Fortnight at Cannes, where his short films Nuvem and Os vivos também choram had also been selected in 2011 and 2012. Cineuropa met the director in Paris during the “Les cinéastes invitent…l’ami européen” (“Filmmakers invite…a European friend”) evening event organised by the ARP, SACD and SAA. The interview took place in the run-up to the April European release of his film in France, Belgium, Spain and the UK as part of the TIDE Experiment (a simultaneous or almost simultaneous launch in cinemas and on VoD).

Cineuropa: Where did the idea for After the Night come from? Did it come from the very distinctive slum of Reboleira, a neighbourhood in Lisbon?

Basil da Cunha: That’s where I live, and I’ve always worked with these people who surround me and who I like having for films that have been shot with non-professional actors. They get involved in the whole creative process: we shoot in chronological order, we do a lot of improvising, and in the end, we write the film together. Reboleira is one of the last remaining urban jungles in Europe, one of the last remaining places where people still resist capitalism and liberalism. It’s a bit of an archaic place because the people there don’t obey the same rules as the rest of society does. And it’s a place where you find a beauty that can only be found in very few other places.

What about the blending-in of film noir and the almost documentary-like approach?

I like eclecticism and bending genres. There is also hyperrealism in there, poetic elements, esotericism… After the Night does not meet the expectations of film noir in terms of the initial promises it makes: we don’t even know what’s been stolen. You realise quite quickly that it’s a bit of a cop-out. We’re using a genre that includes gangsters, but at the end of the day they’re human and complicated, and we feel good being in their presence. Film noir is also a visually arresting genre, particularly with its contrasts.

You used non-professional actors and minimal crew: was this an ad hoc way of working or a production philosophy that you hope to use again in future?

It’s a prerequisite for my films. There were only three of us behind the camera: the head cameraman, the sound guy and myself. The rest was the ghetto with the 60 or 70 people who have a role in the film. I’d just like to have a bit of money to pay the salaries and maybe have a lion, which is what I’d like for my next film. But I don’t want to change the way I produce, because reality always has to be stronger than cinema in order to film real life. Crime fiction is the underlying theme in After the Night, but the strength of the film is in the people themselves, in the things they experience, and we didn’t need to have lorries, a 40-person crew or loads of electricity. And by using flames, candles and car headlights, we managed to create better-looking visuals than the ones you’d see in movies with 300-odd crew.

Your film is taking part in the TIDE Experiment, a pan-European experiment that involves films coming out simultaneously or almost simultaneously in cinemas and on VoD. How do you feel about this?

I’d prefer for films to be able to come out in cinemas because it’s the ideal place to watch them. But in view of the situation, it’s good to try to get organised and to find solutions like the simultaneous release on VoD, which can facilitate word-of-mouth. But at the same time, it’s a reaction to an annoying problem that needs to be talked about: the cinemas are taking audiences for fools and are only giving them shitty movies to watch: superhero films, remakes and patronising stuff, without any risk-taking. If they offered a more varied range of films and also left enough time for word-of-mouth to get going, I’m sure that would work. There are masses of good films, like the ones you can see at the festivals, and they would appeal to a lot of people. Luckily, there are still cinemas here and there that are trying somehow to get into this mind-set. But the big theatres adopt the attitude of making a profit at all costs. It’s a sign of the times: people are a bit scared. And what’s being done to the so-called small films is just cruel. So I think the simultaneous release on VoD is good because we have to get by somehow in order to exist.

How is your next project coming along?

It’s currently being written, and I hope to film it next summer. It will be a road movie, again with people who live in the Reboleira neighbourhood. You’ll see more or less all the actors from After the Night, especially three of them who will play gangsters who have to run away from the neighbourhood and then travel across Portugal, which we’ll do in two hours (laughs).