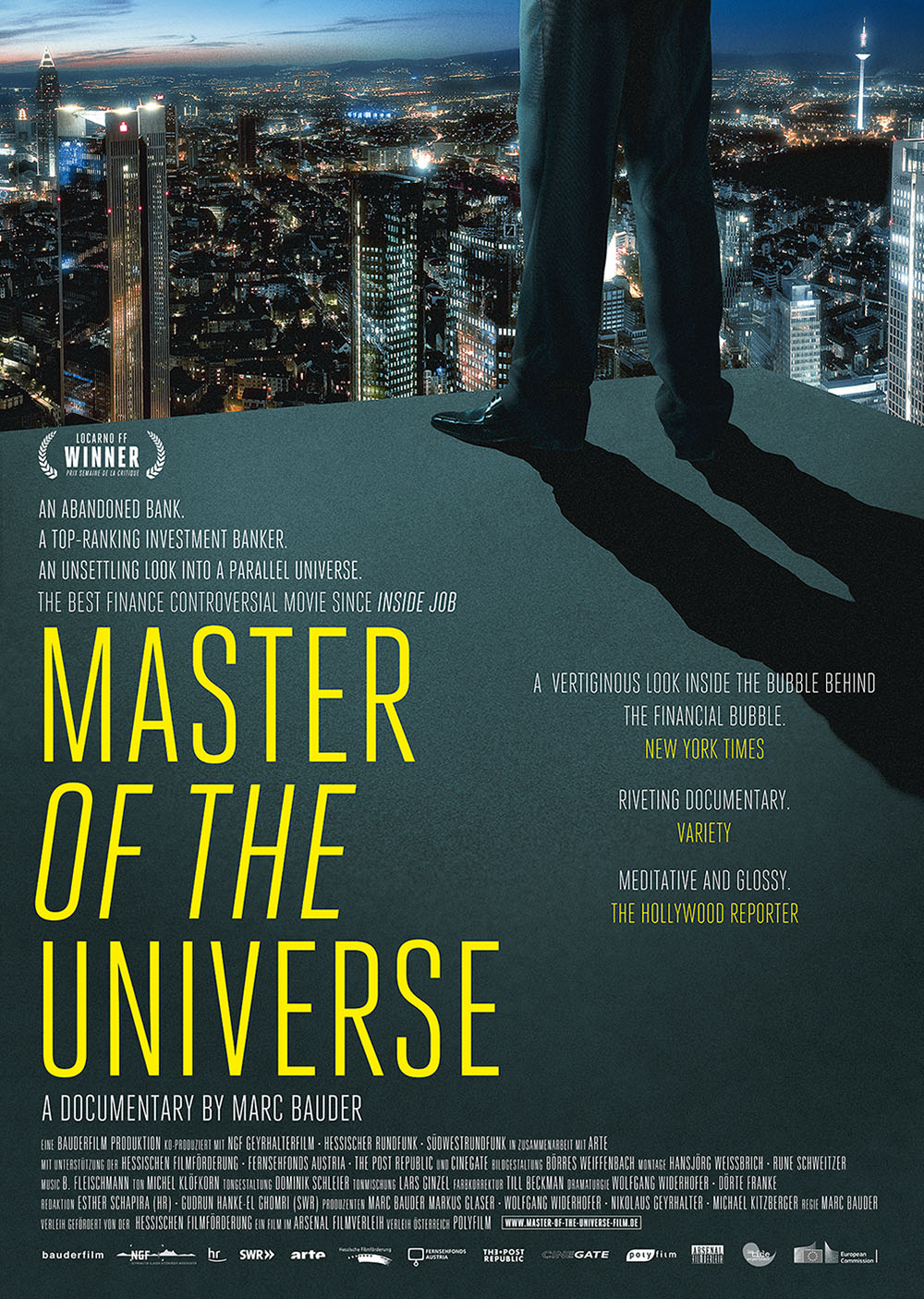 Investment bankers are the real Masters of the Universe. In the heart of Frankfurt a top banker gives a disturbing insider’s testimony of his emotions, motivations and predictions. Revealing a parallel universe of extreme income and merciless pressure. A portrait of a system disconnecting bankers from the outside world.  Master of the Universe is one of the best finance controversial movie since Inside Job. A thrilling and disturbing personal view of power abuse in the financial crisis in Europe.